After the former royal hunting lodge fell into disrepair, the Benedictines of Fiecht decided to rebuild it in 1851. The new hotel opened in 1853.

The Fürstenhaus (Prince's House) was a religious establishment back then. Eleven ladies were put in charge of the management. They were known for their extremely strict regiment. Five masses were read daily. Entertainment with dancing and music was forbidden and the hotel guests had to follow the Friday fast. But according to monastic tradition the food was good, and a good atmosphere prevailed.

From 1875 onwards, Abbot Albert Wildauer expanded the bed capacity. Smaller inns were only allowed to rent their accommodation once all beds in the Fürstenhaus were occupied. That, of course, had a positive effect on the capacity utilisation of the monastic inn.

In addition to a pronounced sense for business, the abbot presumably also had a good sense of humour. Quite a few funny anecdotes are told about him. Someone once told Wildauer, that guests had stolen pieces of a sugarloaf, but the abbot only smiled mildly and said: Don’t worry, they’ll come to me to confess anyway.

During the second half of the 19th century, Lake Achensee finally established itself as the tourist centre of the Austro-Hungarian Danube Monarchy.

The Viennese author Daniel Spitzer took a satirical look at the summer visitors to the Achen Valley. In 1884, he characterised the different nations and accommodations - including the Fürstenhaus - as follows:

This summer Lake Achensee was visited by numerous North Germans, and on the veranda of the Inn „Zur Scholastica“, which lies twenty minutes from the „Seehof“ at the end of the lake, I met a large company of Berliners who were having an excellent time, for some of them were constantly making jokes, while the others were continually shouting Au! to it. Our compatriots, on the other hand, seemed to prefer the "Fürstenhaus" in Pertisau, and since in this inn, which belongs to the Viecht monastery, the purity of manners of the guests is strictly guarded, it is probably not just a happy coincidence that one mostly encounters strongly aged women here, through whom Pertisau acquires the venerable character of an old women's summer resort. 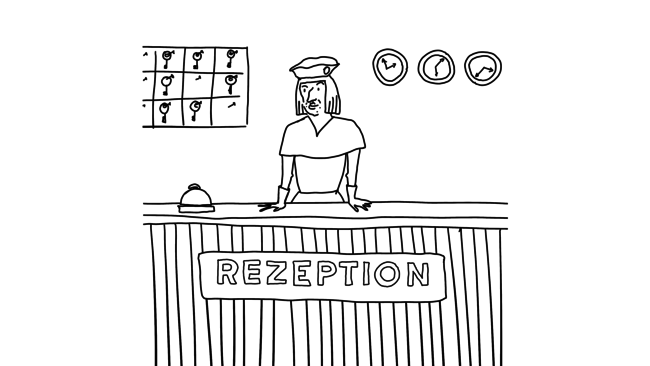