The Lake Achensee Power Station can confidently be described as the cradle of Tiroler Wasserkraft AG, or TIWAG for short. Its construction marked the founding of what was later to become the provincial energy company. After it was commissioned in 1927, the power plant was the largest storage power plant in Austria. With the water of the natural reserve Lake Achensee five Pelton turbines generate about 219,5 gigawatt-hours of electric energy every year, more than half are generated during the winter.

The generation of electricity from Lake Achensee, which is up to 133 metres deep, works largely unnoticed by locals and tourists. Only during winter do the side-effects of the power generation become obvious: The level of Lake Achensee drops significantly because of the water’s withdrawal and the circumference of the lake becomes smaller. Whereas in the past a drop of up to 11.5 metres was permitted, it has been limited to six metres since 2005, to ensure that Lake Achensee, well filled by rain and melt water from the mountains, can enchant its guests with crystal-clear waves in early summer.

The Mysterious Tributaries of Lake Achensee

During periods of dry weather a strange phenomenon can be observed at Lake Achensee. Even though streams and tributaries dry out, the level of the mountain lake only decreases very, very slowly. It is said that the lake is fed by underground tributaries that keep the level constant.

Old tales also suggest that hidden drains exist in the depths of Lake Achensee. Especially folklore-stories about the first of November 1755 seem to confirm this. On this day, the far away city of Lisbon was destroyed by a disastrous earthquake. At exactly the same time, Lake Achensee, which had been calm until then, began to foam in wild waves. In addition, the water level immediately dropped by about 1.2 metres. At the northern end of the lake it was even possible to cross over from the customs house to the opposite shore without getting wet. It is said to have taken 24 hours for the water level to rise again to its original level. 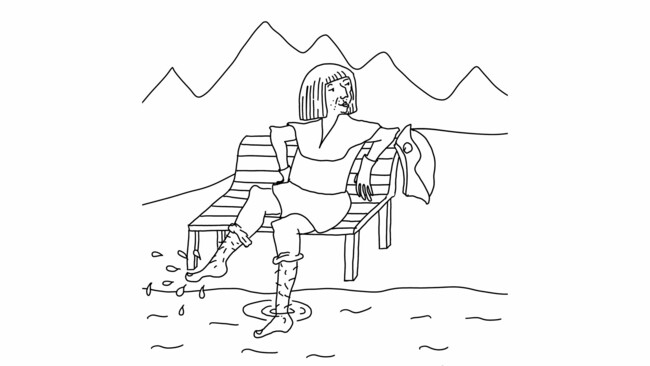