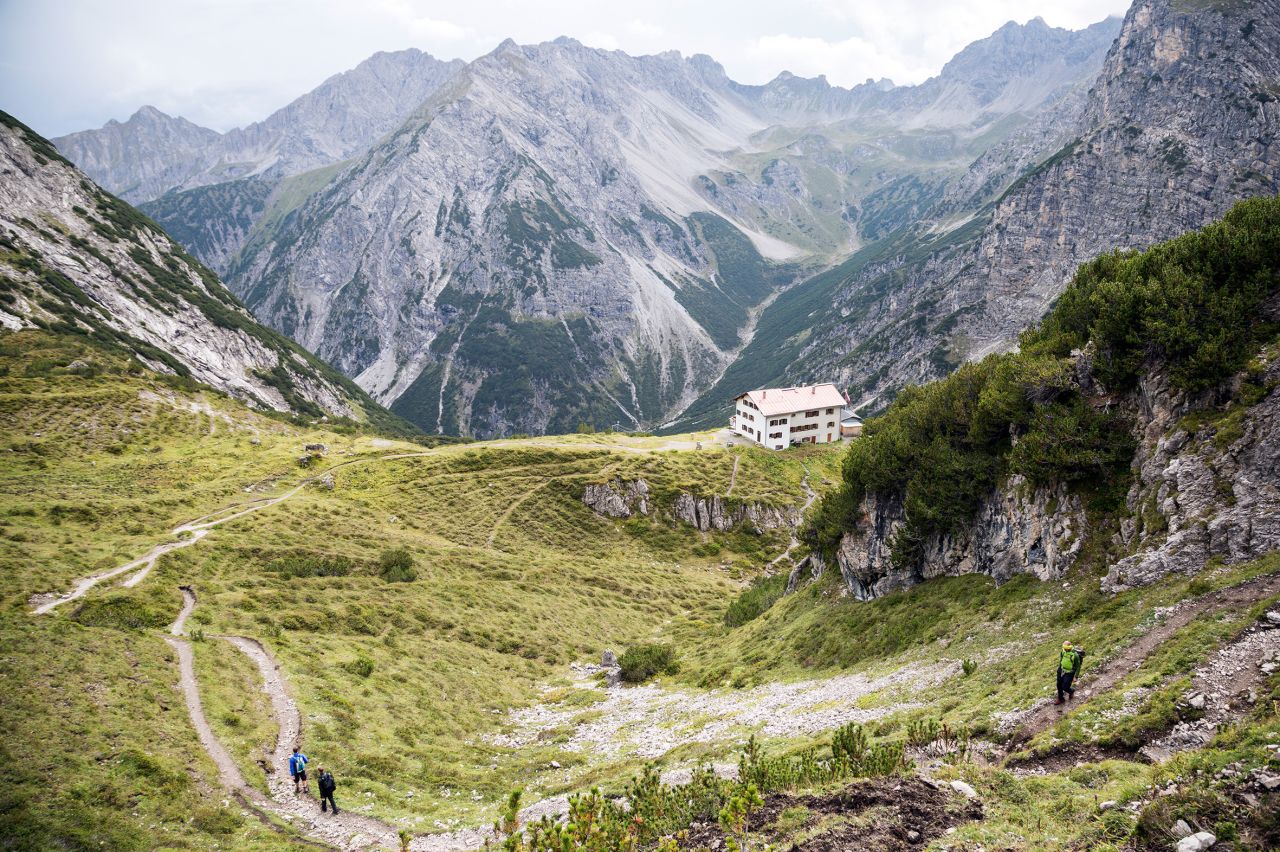 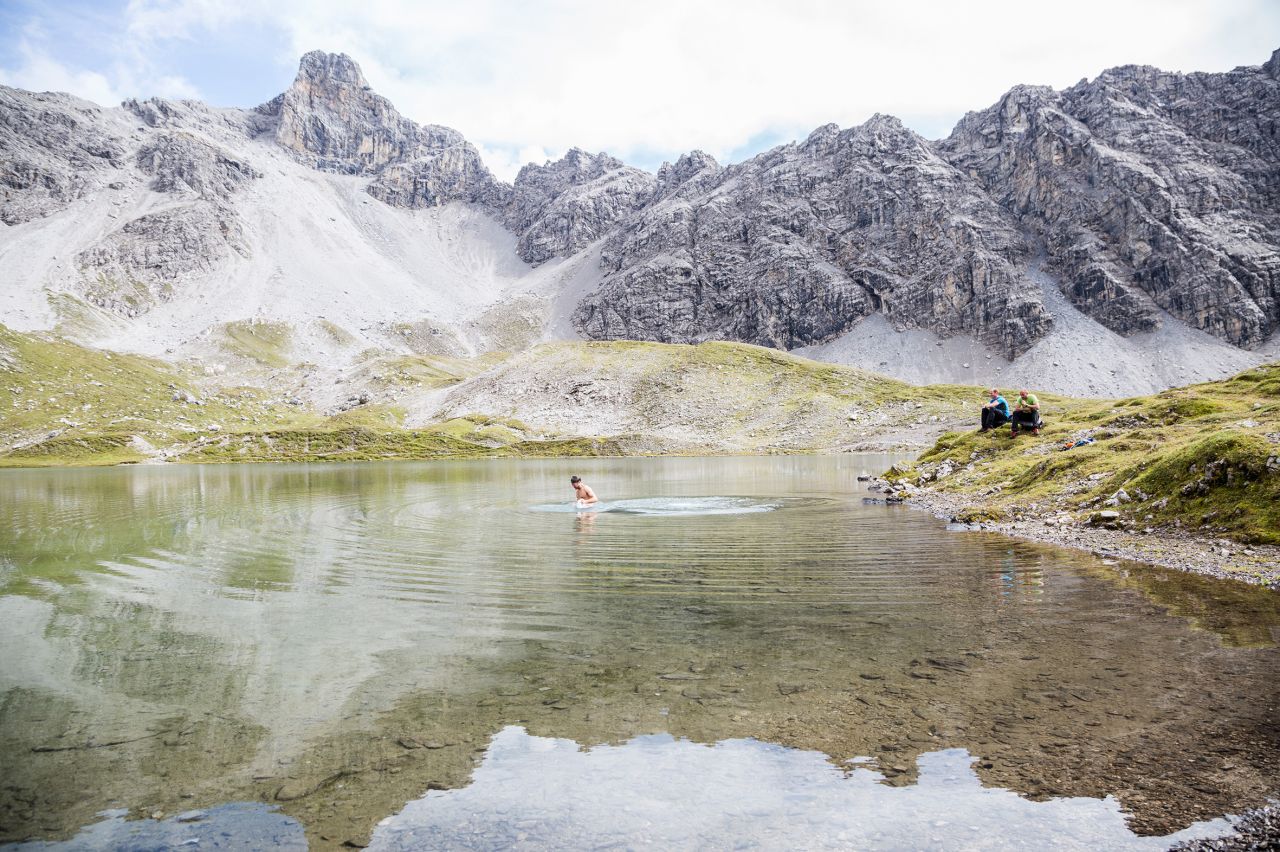 trail description: Right behind Hanauer Hut, follow signage to “Württemberger Haus”. Shortly after, the singletrack trail divides. Here, walk towards “Steinseehütte” (instead of “Württemberger Haus”). Right before reaching the creek, the path divides again. Here, “Steinseehütte” is way-marked twice. For East/Back Dremelscharte Notch, take Route No. 625 (to the left). From there, follow signage to “Steinseehütte”. Soon, the route climbs a steep slope, running into the basin between Dremelspitze Peak and Kleiner Schlenkerspitze Peak. After traversing the scree slopes, a well-defined singletrack trail steeply runs across a rubble cirque, heading towards East Dremelscharte Notch. In the very upper part, you have to cross a narrow, debris-filled gully assisted by a fixed anchoring system of cables. On the other side, the singletrack trail descends rather steeply across meadows, and then continues to descend to Steinsee Hut more gradually, passing picture-postcard Steinsee Lake.

From the hut, the route descends a few metres again before gently ascending to Steinkar Cirque. Beyond, you traverse tussock slopes and scree slopes. A short distance ahead, the path steeply climbs across rocks and afterwards across scree up to Roßkarscharte Notch. Beyond the notch, steeply descend in a narrow rock gully (some cable safeguards) and thereafter in a slightly broadening rubble cirque down to a basin. There, the path traverses tussock slopes and scree slopes, gently ascending. Finally, the route vigorously climbs up to Gebäudjoch Saddle. Beyond, the trail becomes increasingly rock-laden, slowing your pace as you steeply clamber down and around large boulders along a poorly-defined singletrack trail. Once you pass the tussock slopes the trail drops down and zigzags to Württemberger Haus Lodge. Situated at an elevation of 2,220 metres, the lodge is nestled into glacier scoured Obermedriol Cirque and extends a warm welcome.