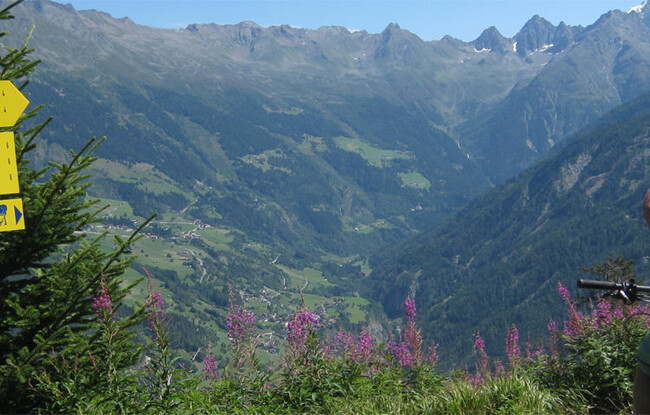 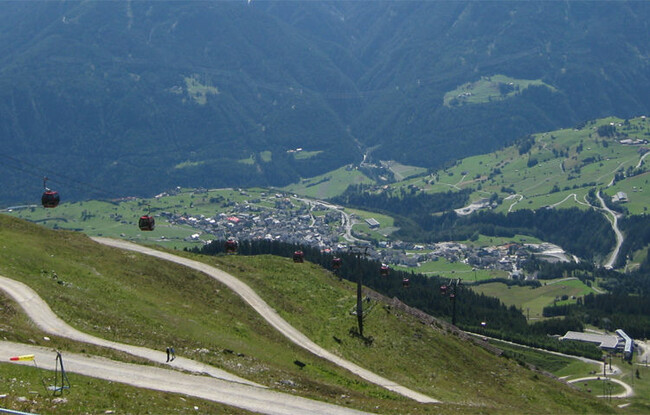 Trail description: The route leads along the Inn Cycle Path almost as far as Tösens, before twisty gravel and tarmac roads wind their way up to the sunny plateau of Serfaus. From there, riders continue to the bottom station of the Schönjochbahn cable car in Fiss.

After taking the cable car to the Fisser Joch, cyclists then head north and descend on gravel path that takes them down to the Schöngampalm hut. From Schöngampalm, it’s a gentle, mostly downhill ride on gravel until you reach the village area of Obladis. From there, the trail snakes its way down to the valley along Asterhöfe, on a gravel road that eventually merges into a paved road. Fast cyclists wishing to ride one more trail should not go all the way to Prutz but take the Sonnenbahn in Ladis to go back to Fiss and take the Schönjochbahn to the top once more. The signposted Frommestrail takes riders along the Frommeskreuz and the Frommes Alp back to Obladis. Especially the lower part of the trail includes some very challenging root-filled sections that are rated difficult.

Riders then cross over the river three times on the Inn Cycle Path in the Inntal Valley, before following the hairpin bends up to Fließ. From there, the route follows sections of the ancient Via Claudia Augusta Roman road, before entering the forest and taking riders along tight hairpin bends down to Landeck, the finishing point of this stage.